THE WORK OF WINTER 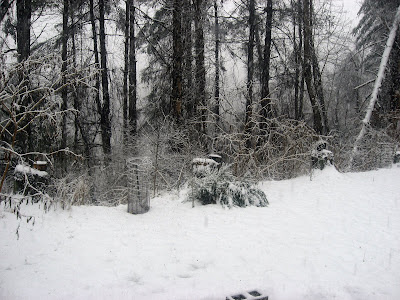 The Work of Winter (from www.ncarts.org)

consciousness: “The work of winter starts fermenting in my head / how with

the hands of a lover or a midwife / to hold back till the time is right.” She

urges to “trust roots” and “learn what an underground journey / has been,

might have to be; speak in a winter code / let fog, sleet, translate; wind, carry

This time of year my imagination wants to trust roots. To go underground

where so much of our inner journey takes place. In other words, it wants

time to think about the origins of memory and language. It’s a time when I

pull out my Oxford English Dictionary, hold up the magnifying glass and

look up the sources of words I use everyday. Where did they come from?

How have they changed? Inevitably, this always leads me back to the

question, “How have I changed?”

Because I recently turned sixty-five, a truth that women of a certain age are

not supposed to own up to, I’ve been thinking a lot about the word “old.” I

don’t feel old, I just feel as if I’ve been around for a long time, learned a lot

(though not enough) and that I’m in my prime.

When I turned to the origins of the word “old,” I found that it’s a very old

word indeed, and that its root many centuries ago meant “to nourish.”

Tracking it into Old English, I discovered that it becomes “oeld,” meaning

mature and lasting, something to be valued. The word appears numerous

times in medieval writings, and nearly always in a positive context.

Knowing this, I now no longer mind thinking of myself being described as

When we begin to think about how our language began, we are drawn back

to a speech that sounded earthy, no trace of Latin in it. A language of

survivors in a cold, rough landscape. Over the years that language changed

by absorbing words from all over the planet, but mostly words from French

and Latin. Just about any word one picks out of a dictionary contains a piece

of that history. The renowned English poet W. H. Auden once said that

every one of his poems is a hymn of praise to the English language. A poet

in any language feels the same way about what we call the mother tongue.

Our mother tongue nourishes us. Just as the word “eald” meant centuries

English,” a ritual that began 5 years ago when I gave him the 2000 calendar

for Christmas. These calendars collect words no longer in use, or not often,

and they lie on our table, waiting to be read while my husband drinks his

words. And, finally, not forgotten. Here they lie beside the cereal box, the

jam and butter, another morning’s invitation to look back and realize what

Any word. And it will carry you back to the roots of our language, and

Posted by Kathryn Stripling Byer at 6:37 AM 4 comments: 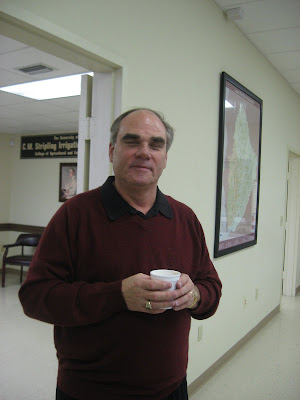 When my cousin Joe Campbell was asked while a student in elementary school if he had a lot of friends, he answered, "I just have cousins."
And so he did--and does. This year Joe was the cousin in charge of the annual Campbell reunion, held at the Stripling Irrigation Park outside Camilla, Georgia on December 13. This is our way of continuing the Christmas night gathering at my grandparents' house where the table was laden with good food, cousins sang Christmas carols, and my grandfather sat in his chair and beamed.
My mother, her friend Ann Noble, and I arrived first, followed shortly by my brother and sister-in-law. My mother didn't want to be photographed, as you can tell from this photo.
The Campbell clan gathered before the meal. 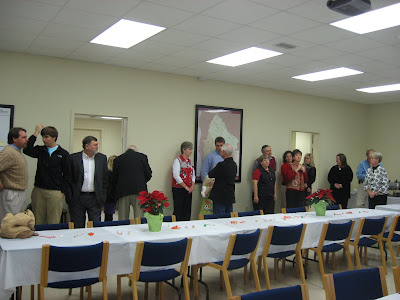 My cousin Dicksy arriving amidst hugs. 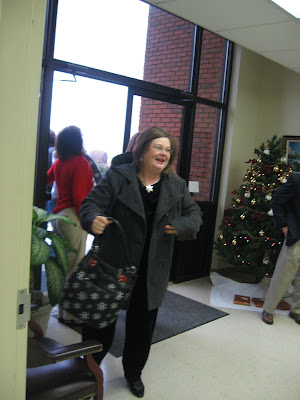 My first cousin Jean Dixon Coalson before the onslaught. 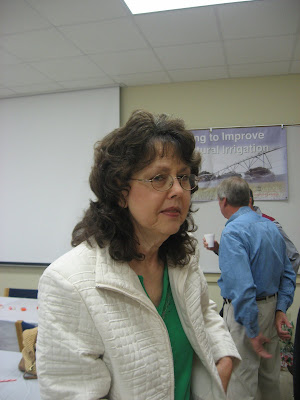 Photographs upon photgraphs as the Campbell clan arrives. 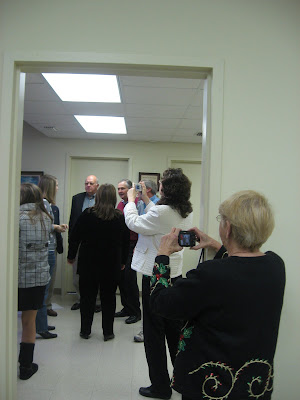 My cousin Gail Gunter Williams and I pose before an irrigation map at the Stripling Irrigation Park. Gail was Miss SW Georgia when she was in high school over in Worth County, home of Sue Monk Kidd, by the way, but Sue can eat her heart out when she sees how my first cousin looks these days. Best-selling novels are fine, but heading into your sixties looking like this trumps best-sellers, I'd say!

Passed around amongst the Campbells was this photo of my beloved "Uncle Dick," who died too soon of diabetes. He was an avid horseback rider and a great, fun-loving uncle to have.
His children Dicksy and Murray were on hand. 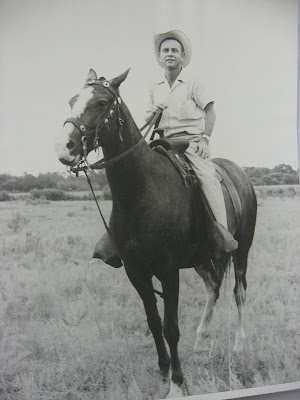 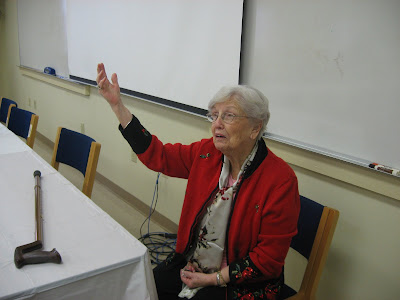 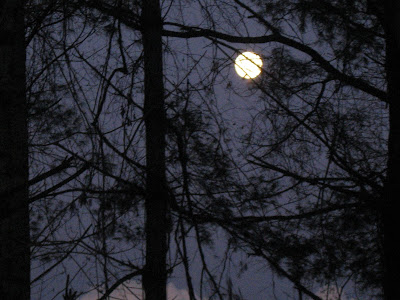 Full moon says look I am
over the pinebreak, says give me
your empty glass, pour
all you want, drink, look
out through your windows of ice,
through the eyes of your needles
observe how I climb, lay aside
what you weave on your looms

and see clouds fall away
like cold silk from your shoulders,
be quiet, hear the owl coming back
to the hayloft, shake loose
your long braids and rise up
from your beds, open
windows and curtains, let light
pour like water upon your heads,

all of you women who wait, raise
the shades, throw the shutters
wide, lean from your window ledge
into the great night that beckons
you, smile back at me
and so quietly nobody can hear you
but you, whisper, "Here am I."

KITCHEN MEDITATIONS IN TIME OF WAR 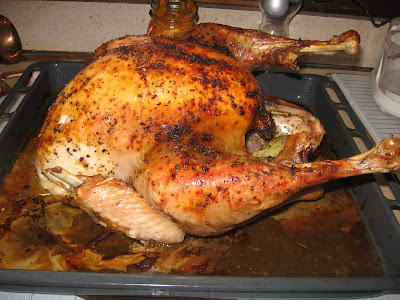 As I stood in my kitchen before Thanksgiving, relishing the opportunity to experiment with a couple of recipes, one from the package of the cornmeal mix I was using, and the other from my friend Vicki Lane, I did not think about the women standing in their kitchens in countries threatened by our own country's drones and armaments. After listening to the President last night speak about escalating the war in Afghanistan, I began to think about them. To think about preparing a meal for children, parents, and husband and to be blown to smithereens by a drone controlled by someone sitting in California.
When I read of the numerous missed targets in Afghanistan and on the border of Pakistan, I shudder. We don't hear about these missed targets much in our media. And the President certainly will not acknowledge them. The families and neighbors remember, though. And I have vowed to think about these nameless women in their kitchens each time I prepare a meal, especially a holiday meal.

Yes, I will feature my post on my kitchen experimentations and my Thanksgiving meal, which was a success, if I do say so myself, but each time I do, I will have these women in my mind. I hope we all do, as the holiday season bears down on us with its demands and seductions.

Posted by Kathryn Stripling Byer at 7:42 AM 5 comments:

Reading with Friends this Weekend


I'm looking forward to this weekend when I get to read with three friends--Cecilia Woloch, Mary Adams, and Julia Nunnally Duncan. On Saturday Night, Cecilia, Mary and I come together at City Lights in Sylva to flaunt our new books. Mary's Commandment is hot of the press at Spring Street Editions. An NEA Fellow in writing, she saw her first book, Epistles from the Planet Photosynthesis, published by The University of Florida Press. 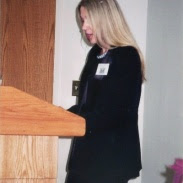 Julia Nunnally Duncan writes both poetry and fiction. She has
previously published two collections of stories and a novel, and her
second novel, WHEN DAY IS DONE, is just out from March Street Press.
Her Appalachian poems have appeared in scores of literary journals,
and her first published collection of poetry, AN ENDLESS TAPESTRY
(2007), was named a finalist for the 2008 Roanoke-Chowan Award for
Poetry. She recently completed the manuscript for a second collection
of poems, AT DUSK. Rob Neufeld, book columnist for The Asheville
Citizen-Times, wrote of Julia Nunnally Duncan that she is one of four
Western North Carolina "poets to watch." He remarked that her poems
"make the greatest possible use of line breaks, so that individual
phrases glow like haiku observations. Metaphors develop naturally and
emotionally." In a recent article in North Carolina Literary Review,
Jeffrey Franklin observed of AN ENDLESS TAPESTRY, "Duncan always makes
the place solid, the people real, the situation, in all its emotional
complexity and perilousness, rendered with a deceptive simplicity that
quietly resonates. . . .[Her] people are as recognizably human as any
in Shakespeare[.]" Like our other readers for December 6, Julia
Nunnally Duncan is at once a dedicated writer and an experienced
teacher; she has served as a full-time English instructor at McDowell
Community College for nearly two and a half decades. At Malaprop's,
she will read selections from AN ENDLESS TAPESTRY and from her
manuscript, AT DUSK. 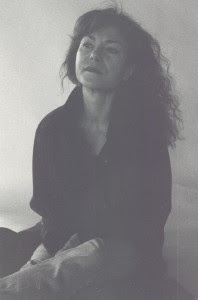 CARPATHIA is Cecilia Woloch's fifth poetry collection. Published in2009, it went into a second printing about two months after itsofficial publication date. Natasha Trethewey, Pulitzer Prize-winningpoet, has written of CARPATHIA, "The poems . . . are guided by anexquisite lyricism and heartbreaking emotional honesty. . . . This isa gorgeous book by a poet who is passionately alive in the world."Cecilia Woloch has traveled widely and taught just as widely, offeringpoetry workshops for children and adults across the United States andin several locations abroad. She serves as a lecturer in creativewriting at the University of Southern California and is foundingdirector of the Paris Poetry Workshop. The recipient of numerousawards for her writing, teaching and theatre work, in 2009 alone,Cecilia Woloch has been recognized as a finalist in the CaliforniaBook Awards of The Commonwealth Club of California for her 2008chapbook, NARCISSUS; as a finalist for the Pablo Neruda Prize inPoetry at Nimrod; as the first prize winner of the New Ohio ReviewPrize in Poetry; and as a Fellow at the Center for InternationalTheatre Development/US Artists Initiative in Poland.
Please join us in welcoming three distinguished poets on December 6,and begin your holiday season with poetry!