POET OF THE DAY: RICHARD KRAWIEC

Richard Krawiec is one of North Carolina's literary treasures--novelist, poet, editor, teacher. He has a lot of laurels upon which he could rest, but the two new poems below, as well as his news about current projects, show that he isn't doing much resting these days. 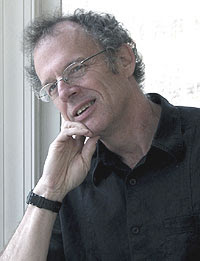 My first book of free verse poems, Breakdown, was a Finalist for the 2009 Indy Awards for Poetry. My poems and stories appear in some of the top literary mags in the US – Sou’wester, many mountains moving, Shenandoah, Witness, Cream City Review, etc. I've also published 2 novels, a story collection, and 4 plays. I've been fortunate to have received fellowships from the National Endowment for the Arts, the NC Arts Council, and the Pennsylvania Council on the Arts. I teach online Fiction Writing for UNC Chapel Hill, and won their Excellence in Teaching Award for 2009.

My new projects include -

My play,Cluck Variations, a comedy about an African American woman from Chicago and a white Southern suburbanite who meet at a park and learn to overcome the walls of ethnicity and culture to connect as women, was recently staged in a reading as part of the Playground A Theatre Co-operative presentation in Durham.

Starting in April I will be writing a column, Shooting My Poetry Mouth Off, for haijinx, an online magazine. I will be focusing on critiquing haiku as poems first, showing where they meet the standard of poetry, and where they fail to rise about exercises in form.

before my neighbor’s ranch house

in Park one officer stands

into the rear car’s open window

pace the edge of the driveway

slouches beside her side door

arms folded across her chest

in a slow disbelieving arc

over his shoulder without looking

anywhere until a sudden abrupt

on my front lawn

before the quiet circle of impatiens

a row of cold houses

light so sad and yellow

it fails to extend

past the whining window panes

even the small corners

of these front stoops

certainly a lover must moan

sparkles in the effluvial night

my own breath fog

suns in the bluing sky 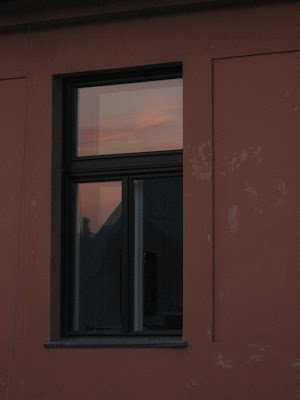 Light so sad and yellow...
What a great image and who would think to call the light "sad" (such an appropriate adjective!). I really like this poem "Unemployment." How easy to relate to it these days.

Unemployment – a word we currently deal with right now. Two persons in my close family are looking for work. I read the last 4 lines several times – I could see her and him starting a new day – watching the weather and

Julia, Richard is quite a courageous writer; he's taken on some difficult subjects over the years.
Vagabonde, the unemployment in this country and elsewhere is a major threat to our stability, both personal and global. I'm glad to see poets dealing with this subject. Thank you for stopping by.

Wonderful mirrored imagery in the mocking birds. Loved this piece.